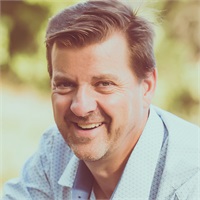 Todd began his financial career in 1984 working in his Father's investment firm.  He is the Founder and CEO of Philanthropy Financial.  Originally from South Carolina, Todd moved to Peachtree City, Georgia at the at of 13.  After graduating from McIntosh High School, he joined the U.S. Air Force where he graduated from the Community College of the Air Force with an Associate of Science degree.  He went on to earn a Bachelor of Arts in Communication from Mercer University.  Upon graduation, Todd changed services and accepted a Commission into the U.S. Army where he was a CH-47(D) Chinook Helicopter Pilot.  He also served as the Tax Officer for Bravo Company, 7th Battalion, 101st Aviation Regiment.  After suffering an injury while flying at the National Training Center (NTC) in California, Todd accepted a disability retirement.  Part of this program included Vocational Rehabilitation where he was accepted into Kennesaw State University's Coles College of Business and graduated with his MBA specializing in Entrepreneurship.

Todd accepted a position with Merrill Lynch through their Military Officer's Recruiting Effort.  He served as a Financial Advisor and won several awards for outstanding performance.  In 2009, after ten years with Merrill Lynch, Todd joined Cetera Advisors.  Since this time, Todd has continued his education and training by attending such programs as Philanthropy University at the Berkeley Haas School of Business located at the University of California.  Todd earned a Certificate from the Haas School of Business in "Social Sector Leadership."  Over a 12-month period, Todd took courses such as "Essentials of Non-Profit Strategy,” “Global Social Entrepreneurship,” “Financial Modeling for the Social Sector,” and “Fundraising.”

Currently, Todd is in the ADRP (Applied Doctoral Research Project) phase of his Doctorate of Business (DBA) in Nonprofit Leadership and Management. His current field of research is Qualitative based research on the impact of a cross-cultural higher education on empathy and intercultural competency. Todd's experience helps Non-Profits measure their impact on and ability to attract multi-cultural donors.  Todd is also concurrently pursuing his CAP (Chartered Advisor of Philanthropy) from The American College. The CAP is a master’s level curriculum and includes courses such as “Planning for Philanthropic Impact,” “Charitable Giving Strategies” and “Gift Planning in the Nonprofit Sector.”

Todd is an active member of The International Association of Advisors in Philanthropy (AiP) and the Financial Services Institute (FSI).